Ride Along (PG-13)
Starring Ice Cube, Kevin Hart, John Leguizamo
Story by Greg Coolidge
Screenplay by Greg Coolidge and Jason Mantzoukas and Phil Hay & Matt Manfredi
Directed by Tim Story
Like Cop Out, there’s no way this movie can be funny like it needs to be with a PG-13 rating. Alternately, you can stop reading before “like” in the previous sentence.

The Nut Job (PG)
Starring the voices of Will Arnett, Brendan Fraser, Liam Neeson
Story by Daniel Woo
Screenplay by Lorne Cameron
Directed by Peter Lepeniotis
An animated heist movie could be clever, but this just looks needlessly lazy. Adults and kids expect more out of their cartoons these days, as they should.

The Past (PG-13)
Starring Bérénice Bejo, Tahar Rahim, Ali Mosaffa
Written and directed by Asghar Farhadi
Farhadi continues to confront our failures as humans as a man has to deal with the consequences of abandoning his wife and children.
PLAYING AT THE MAGNOLIA 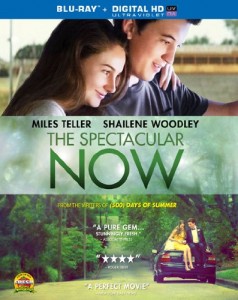 The Spectacular Now (92%)
There are teen romances, and then there’s this raw, brutal, uncompromising portrayal of young love that doesn’t feel like anything Shailene Woodley or Miles Teller have been in or will be in for awhile. Plus, there’s a killer cameo from Kyle Chandler. If you enjoyed having your heart ripped out during The Perks of Being a Wallflower, this is another movie that’s only interest is authenticity.

To buy:
Music: Marvin Hamlisch: What He Did for Love