The Weekender: Watch ‘The Master’ work

Dredd (R)
Starring Karl Urban, Olivia Thirlby, Lena Headey
Screenplay by Alex Garland
Directed by Pete Travis
Sometimes a movie comes along and looks so mind-numbingly awful that you have to wonder who thought it was a good idea. Dredd (allegedly a more faithful adaptation than Stallone’s fun-bad take on the character) rips off its plot wholesale from the far more awesome The Raid, and then presents it in an ear-shattering trailer that makes it the worst preview I’ve seen since The Warrior’s Way. But even that looked like it could have some camp value. This just looks like an assault on the senses.

End of Watch (R)
Starring Jake Gyllenhaal, Michael Pena, Anna Kendrick
Written and directed by David Ayer
Commercials claim this is an “original take” on the dried-up well of corrupt L.A. cops. But seriously? After Training Day, Dark Blue, Harsh Times, and Street Kings (all of which Ayer had a hand in), how many more times can this story be told?

House at the End of the Street (PG-13)
Starring Jennifer Lawrence, Max Theriot, Elisabeth Shue
Story by Jonathan Mostow
Screenplay by David Loucka
Directed by Mark Tonderai
I think it’s pretty easy to discern the “horrible secret” about the idyllic neighborhood in this movie. Surely the cute boy can’t be a killer, can he?

Trouble with the Curve (PG-13)
Starring Clint Eastwood, Amy Adams, Justin Timberlake
Written by Randy Brown
Directed by Robert Lorenz
While I’d be totally OK with this just being Walt from Gran Torino Scouts Baseball (“Get off my field!”), I’m expecting better acting and a little more depth in this father-daughter reunion story.

The Master (R)
Starring Joaquin Phoenix, Philip Seymour Hoffman, Amy Adams
Written and directed by Paul Thomas Anderson
And here it is, my most anticipated film of the year. Phoenix and Hoffman shared the Best Actor prize at the Venice Film Festival, and it’s been getting nothing but raves. Anderson’s first movie since the incomparable There Will Be Blood uses the founding of Scientology as a framework to tell the story of a violent WWII vet and the charismatic cult leader who tries to guide him. Expect a slew of Oscar nominations.
PLAYING AT THE ANGELIKA PLANO and THE MAGNOLIA

Hello, I Must Be Going (R)
Starring Melanie Lynskey, Christopher Abbott, Blythe Danner
Written by Sarah Koskoff
Directed by Todd Louiso
AKA How Amy Got Her Groove Back. But seriously, this Sundance finalist about a middle-aged woman’s romance with a much younger man should be a crossover hit, one that finally makes Melanie Lynskey a star.
PLAYING AT BOTH ANGELIKAS

Compliance (R)
Starring Dreama Walker, Ann Dowd, Pat Healy
Written and directed by Craig Zobel
The most controversial film to come out of Sundance this year will likely make for the year’s most uncomfortable movie. Based on a crazy-but-true story, a man posing as a police officer who coerces—over the phone—a crew of employees at a fast-food restaurant to thoroughly humiliate a co-worker he suspects of stealing. With echoes of the Milgram experiment, it’s often difficult to believe that reasonable people could be prodded into harming another person, but the results speak for themselves in a horrifying manner.
PLAYING EXCLUSIVELY AT THE ANGELIKA DALLAS

AMC Mesquite: You May Not Kiss the Bride (PG-13) 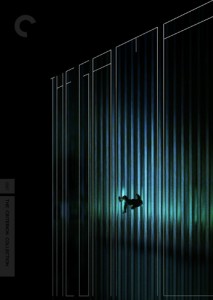 The Game (The Criterion Collection)
Some weeks, I have to struggle to come up with a Top Pick. Others, I have an abundance to pick from. The Cabin in the Woods is a smart, funny horror send-up. Then there’s the surreal, groundbreaking sitcom Get a Life finally making its DVD debut. Plus, we’ve got the Blu-rays of the Indiana Jones films and Tim Burton’s masterful biopic Ed Wood. But I have to go with a Criterion release again, one that highlights a forgotten film from a true master. David Fincher’s mind-bender follows a lonely investment banker (Michael Douglas) whose brother (Sean Penn) signs him up for a game that finds him in life-threatening situations. It takes twist after twist, but remains compelling throughout.