Stoker (R)
Starring Nicole Kidman, Mia Wasikowska, Matthew Goode
Written by Wentworth Miller
Directed by Chan-wook Park
Critics are split right down the middle on this thriller, the English-language debut of Korean auteur Chan-wook Park (Oldboy). Some find its Hitchcockian ambitions playful and nasty; others find it dreadfully boring. Either way, it seems better than most movies in theaters.
PLAYING AT THE ANGELIKA DALLAS and CINEMARK WEST PLANO

No (R)
Starring Gael García Bernal, Alfredo Castro, Antonia Zegers
Written for the screen by Pedro Peirano
Directed by Pablo Larraín
In another year, this dramedy about Chile’s 1988 campaign for democracy could have easily won the Oscar for Best Foreign Language Film. Alas, it was up against the ultra-depressing Best Picture nominee Amour. I’d still vote for this one (pun intended).
PLAYING AT THE ANGELIKA PLANO and THE MAGNOLIA

Upside Down (PG-13)
Starring Kirsten Dunst, Jim Sturgess, Timothy Spall
Written and directed by Juan Solanas
I would have loved the hell out of this sci-fi twist on Romeo and Juliet in high school. Now? It looks awful silly.
PLAYING AT THE ANGELIKA PLANO and THE MAGNOLIA 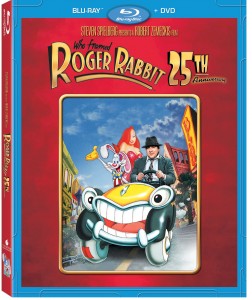 Who Framed Roger Rabbit?
Easily one of the greatest films of the ’80s and one of the most inventive things ever put onscreen, this noir comedy still dazzles on its 25th anniversary. If you’ve never seen it, this is one for you and your kids to enjoy. There’s simply been nothing else like it before or since.

Criterion: The Blob, Ministry of Fear