Wreck-it Ralph* (PG)
Starring the voices of John C. Reilly, Jack McBrayer, Sarah Silverman
Written by Jennifer Lee and Phil Johnston
Directed by Rich Moore
You have to hand it to Disney. Not only do they release a Pixar movie every year (the gold standard in animation), they also release a top-notch in-house effort as well. This one, which I guess disproves Roger Ebert’s assertion that video games can’t be art, follows a villain who wants to make his own path. It’s stunning in 3-D and one of the most breathtaking movies I’ve ever seen. Look for a review this weekend.

The Man with the Iron Fists (R)
Starring Russell Crowe, Cung Le, Lucy Liu
Story by RZA
Screenplay by RZA & Eli Roth
Directed by RZA
Every year, some movie gets released in hopes of finding cult success. Alas, Hollywood never realizes you can’t bring the movie to the cult. The cult has to find and accept the movie after its release. That said, RZA (of the Wu-Tang Clan) sure knows his kung-fu.

Smashed (R)
Starring Mary Elizabeth Winstead, Aaron Paul, Octavia Spencer
Written by James Ponsoldt & Susan Burke
Directed by James Ponsoldt
Though it won’t happen unless Smashed is a hit, some are whispering Oscar nomination for lead Mary Elizabeth Winstead (Scott Pilgrim vs. the World). She plays a recovering alcoholic, which is catnip to voters. But the movie needs to be widely seen to get some traction.
PLAYING AT THE ANGELIKA PLANO and THE MAGNOLIA

The Sessions (R)
Starring John Hawkes, Helen Hunt, William H. Macy
Written for the screen and directed by Ben Lewin
All but coronated after its debut at Sundance, this inspirational comedy will please most audiences but leave those shy about nudity and grown-up feelings reaching for the exits. Hawkes – a transcendent character actor finally getting a lead role – plays real-life paralytic writer Mark O’Brien, who gets a blessing from his priest (Macy) to hire a sex therapist (Hunt) so he can lose his virginity. Expect laughs, tears, and a huge per-theater average.
PLAYING AT THE ANGELIKA PLANO and THE MAGNOLIA

Sister (NR)
Starring Kacey Mottet Klein, Léa Seydoux, Martin Compton
Written by Antoine Jaccoud and Ursula Meier
Directed by Ursula Meier
Switzerland’s official entry for Best Foreign Language Film is this drama about two poor siblings who support each other by stealing from the rich patrons at a ski resort.
PLAYING AT THE ANGELIKA DALLAS 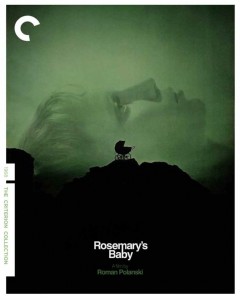 Rosemary’s Baby (The Criterion Collection)
A strong argument could be made that Rosemary’s Baby is the greatest of all horror films. If nothing else, it pulls off the near-impossible: making the audience, along with Rosemary (in a harrowing performance by Mia Farrow) feel like they’re going crazy, doubting their own sanity. While lacking many of the “big scares” of other top-tier horror films like The Shining and The Exorcist, an overwhelming sense of dread pervades Rosemary’s Baby like few other films. And that ending still devastates, because it’s so much more shocking than what you were probably afraid would happen. As usual, the Criterion package is stellar.