Mr. Peabody & Sherman*
Starring the voices of Ty Burrell, Max Charles, Ariel Winter
Screenplay by Craig Wright
Directed by Rob Minkoff
It’s certainly not in the upper echelon of animated films, but it’s refreshing to see a movie this unabashedly corny. It’s sentimental and loves puns, but it’s also committed to being as goofy as possible. That’s fitting since it originally began during Rocky & Friends. Ty Burrell is a little disappointing, considering we once could have had Robert Downey, Jr. playing the world’s smartest dog, but Max Charles does great work as young Sherman. 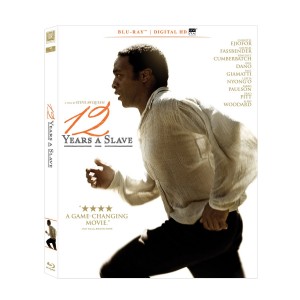 12 Years a Slave (96%)
While there are plenty of worthy releases out this week, including the year’s biggest and best blockbuster (Catching Fire), there’s no reason you should keep putting off what the Academy deemed the year’s Best Picture. It’s often grueling to watch, but every aspect of the film – from the acting to the production design to the cinematography – is of an extremely high caliber. However, this is not a cathartic experience. In fact, Steve McQueen’s direction makes the film somewhat emotionally detached. Your mileage may vary.

This entry was posted in Film, Previews and tagged 300, after tiller, elaine stritch, mr peabody and sherman, rise of an empire, shoot me, visitors. Bookmark the permalink.