The Weekender: ‘Sea’ of Love

Elysium* (R)
Starring Matt Damon, Jodie Foster, Sharlto Copley
Written and directed by Neill Blomkamp
Though not quite as sharp in its satire as it could have been, and certainly not as daringly original as District 9, this is the smart summer movie I’ve been waiting for. It doesn’t all work, but it’s thoroughly entertaining and engrossing and the first blockbuster since Star Trek into Darkness that I recommend without reservation.

Planes (PG)
Starring the voices of Dane Cook, Stacy Keach, Brad Garrett
Screenplay by Jeffrey M. Howard
Directed by Klay Hall
Another week, another film that makes me ask, “Why, God, why?!”

Percy Jackson: Sea of Monsters (PG)
Starring Logan Lerman, Brandon T. Jackson, Stanley Tucci
Written for the screen by Marc Guggenheim
Directed by Thor Freudenthal
The Lightning Thief, yet another failed attempt to bring a YA franchise to life, was one of the worst things I ever stumbled across on cable. Its marginal special effects and utterly dull narrative are the least of its problems. So why make a sequel if its predecessor barely made an impact? Who knows, but the only place they have to go is up, right?

We’re the Millers (R)
Starring Jason Sudeikis, Jennifer Aniston, Emma Roberts
Story by Bob Fisher & Steve Faber
Screenplay by Bob Fisher & Steve Faber and Sean Anders & John Morris
Directed by Rawson Marshall Thurber
Reviews are likely going to range from middling to terrible, but I still hope this movie – about a group of misfits posing as a family to smuggle drugs across the border – is as funny as its all-star cast and director (Dodgeball) imply.

Blue Jasmine (PG-13)
Starring Cate Blanchett, Sally Hawkins, Louis CK
Written and directed by Woody Allen
After following up his best movie since Bullets over Broadway with the trifle of To Rome with Love, Woody looks to be back on his A-game with this drama, which has a catapulted Cate Blanchett to the front of the Best Actress race.
PLAYING AT THE MAGNOLIA and CINEMARK WEST PLANO

Lovelace (R)
Starring Amanda Seyfried, Peter Sarsgaard, Hank Azaria
Written by Andy Bellin
Directed by Rob Epstein & Jeffrey Friedman
Nine years ago, would anyone have imagined Amanda Seyfried would be the Mean Girl with the best career? From co-starring in Best Picture nominees to dark independent films like this biopic of Deep Throat star/anti-porn advocate Linda Lovelace, I think any of her co-stars would trade her places.
PLAYING AT BOTH ANGELIKAS

Post Tenebras Lux (NR)
Starring Adolfo Jiménez Castro, Nathalia Acevedo, Willebaldo Torres
Written and directed by Carlos Reygadas
As Mike D’Angelo noted in his review at The A.V. Club, the first two scenes in this film are among the greatest ever filmed. It’s just a shame the rest of the film goes absolutely nowhere. Read my review at College Movie Review here.
PLAYING EXCLUSIVELY AT THE TEXAS THEATRE 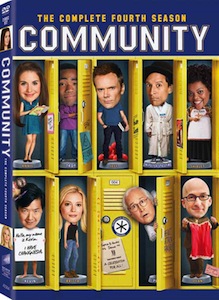 Community (Season 4)
Sorry, haters. While the dip in quality is undeniable, Community is still a warm and creative show, and it’s unparalleled in the latter. We’ll never know if Moses Port and David Guarascio would have righted the ship even more in Season Five as the unpredictable but undoubtedly genius Dan Harmon has returned. But this season, a curiosity if nothing else, still had great moments, and doesn’t deserve the scorn it received.

Criterion: The Earrings of Madame De…