The World’s End (R)
Starring Simon Pegg, Nick Frost, Martin Freeman
Written by Simon Pegg & Edgar Wright
Directed by Edgar Wright
It’s finally here. The movie I’ve been waiting for all summer. The end of the loosely related Three Flavours Cornetto trilogy is a sci-fi comedy that’s really about addiction and the dangers of nostalgia. I’ve loved everything Simon Pegg and Edgar Wright have done, and I know I’ll love this too.

The Mortal Instruments: City of Bones (PG-13)
Starring Lily Caollins, Jamie Campbell Bower, Jemima West
Written for the screen by Jessica Postigo
Directed by Harald Zwart
Someone call the morgue. We’ve got another DOA young-adult franchise on our hands. Most ads have only shown the beautiful cast giving interviews at malls instead of clips from the film. That can’t be a good sign. Put it in the space next to Beautiful Creatures.

Ain’t Them Bodies Saints (NR)
Starring Casey Affleck, Rooney Mara, Ben Foster
Written and directed by David Lowery
Unfortunately, I missed the screening of this Sundance hit a few weeks ago. But I still hope to catch this lyrical tale of two outlaws and the good-hearted man who keeps them apart.
PLAYING AT THE MAGNOLIA 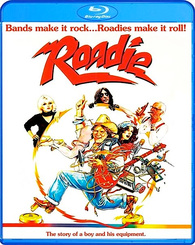 Roadie
Own a piece of Mooney family history! That’s right. My father: the one, the only Russell Mooney, was in this movie. No, he doesn’t have a speaking part, but during a concert scene you can totally see the back of his head. This is 100 percent true. He shared the screen with such luminaries as Meat Loaf, Debbie Harry, Oscar winner Art Carney and Miss Piggy herself: Carol Keeton McClellan Rylander Strayhorn.

Blu-ray: 88 Minutes, The Awful Dr. Orlof, Death Hunt, Knock on Wood, My Favorite Spy, Off Limits, On the Double, The Tailor of Panama, The Unseen, A Virgin Living Among the Dead