The Weekender: Let the ‘Games’ begin

The Hunger Games (PG-13)
Starring Jennifer Lawrence, Josh Hutcherson, Liam Hemsworth
Written for the screen by Gary Ross and Suzanne Collins and Billy Ray
Directed by Gary Ross
All hail the conquering heroine. Based on the first part Suzanne Collins’ trilogy, The Hunger Games follows 24 kids fighting to the death in a televised tournament. While this franchise’s popularity might not eclipse Twilight’s, it looks like Lionsgate is actually hiring talented people to work on this project. All the hype John Carter couldn’t live up to, Katniss (Jennifer Lawrence) will. Expect a $100 million-plus opening weekend.

October Baby (PG-13)
Starring Rachel Hendrix, Jason Burkey, John Schneider
Story by Andrew Erwin, Jon Erwin, Cecil Stokes
Screenplay by Jon Erwin, Theresa Preston
Directed by Andrew & Jon Erwin
The Erwins worked closely with the Kendrick Brothers (Fireproof, Courageous), so you kinda know what you’re getting yourself into. Hendrix plays Hannah, a sickly teen who takes a road trip with her friend (Burkey) to confront the biological mother who gave her up for adoption after a failed abortion attempt. Expect no subtlety. Instead, just rent Bella.

Salmon Fishing in the Yemen (PG-13)
Starring Ewan McGregor, Emily Blunt, Kristin Scott Thomas
Written for the screen by Simon Beaufoy
Directed by Lasse Hallstrom
Easily one of the worst film titles in many a moon, this adaptation follows a fisheries expert (McGregor) as he tries to bring about the titular impossibility. And maybe, just maybe, he’ll learn to go with the flow. (You have no idea how much it pained me to write that.)
PLAYING AT THE ANGELIKA DALLAS and CINEMARK WEST PLANO

The FP (R)
Starring Jason Trost, Lee Valmassy, Art Hsu
Story by Jason Trost
Written and directed by Jason & Brandon Trost
The Alamo Drafthouse gets into the production game, and its first feature looks like a parody(?) of the Step Up franchise, featuring rival gangs who settle their scores by playing Dance Dance Revolution. The word out of SXSW wasn’t that kind, calling it a “one-joke” movie. Sadly, directors keep trying to make a “cult” film, when that just can’t happen. The cult has to develop on its own, guys.
PLAYING EXCLUSIVELY AT THE TEXAS THEATRE 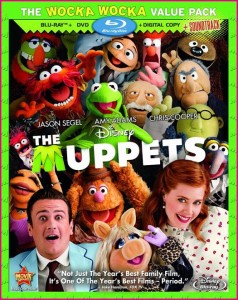 The Muppets (96%)
Movies don’t get much more joyous than Jason Segel’s love letter to Jim Henson’s creations. Sure, the movie is sometimes a little too self-aware and simple, but it makes up for it with an endless supply of charm and appreciation.