The Grand Budapest Hotel
Wes Anderson’s latest confectionary masterpiece finds Ralph Fiennes stepping out of character, playing a lascivious concierge of the ritual lodging. Yes, there’s also some business involving a painting and a few daring escapes, but this is yet another display for Anderson’s enormous cast and immaculate production design. By this point, you’re either on board with Anderson or you’re not. 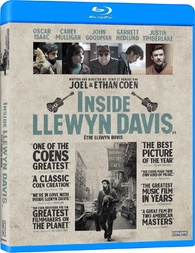 Inside Llewyn Davis (94%)
Another knockout from arguably America’s greatest living filmmakers. The Coens shine their peculiar light on the ’60s folk scene, with another offbeat comedy about a man who marches to his own beat. The film didn’t get much affection at the Academy Awards, but that serves a movie whose protagonist is often forgotten.