The Weekender: Freaks come out at ‘Night’

Nightcrawler
Jake Gyllenhaal continues to make his bid to be as fearless a performer as Joaquin Phoenix. Here, he plays a noble but unemployed journalist who finds himself seduced by the skeezy world of violent crime reporting. Though the premise is intriguing, I’m actually more excited to see Bill Paxton and Rene Russo in strong roles again.

WIDE RELEASE
Before I Go to Sleep 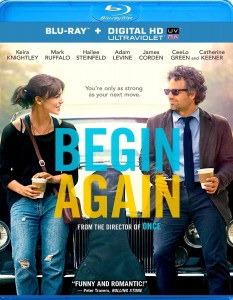 Begin Again
One of the most delightful films of the year. Its generic title hides a universally accessible story filled with warm performances and a killer soundtrack from Gregg Alexander, one of the best pop songwriters in the business. Director John Carney (Once) makes a lot of smart choices to steer it out of clichés. Keira Knightley and Mark Ruffalo are effortlessly charming as usual, but the film’s secret weapon is Adam Levine, who’s simply perfect as the douchebag whose star is on the rise.

This entry was posted in Film, Previews and tagged awake, before i go to sleep, force majeure, last days in vietnam, nightcrawler, tale of the princess kaguya. Bookmark the permalink.