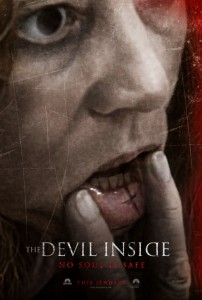 The Devil Inside (R)
Starring Fernanda Andrade, Simon Quarterman, Evan Helmuth
Written by William Brent Bell, Matthew Peterman
Directed by William Brent Bell
Well, that didn’t last long. We’re only one weekend into the New Year and we’ve already got a lousy horror movie. Of course, there’s always the possibility that this film has an interesting take on the exorcism genre, but since it’s being released in January, I have my doubts. Though I love Stephen Becker’s hope that this is secretly a documentary about the INXS hit. 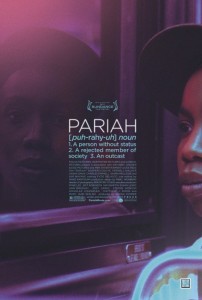 Pariah (R)
Starring Adepero Oduye, Kim Wayans, Pernell Walker
Written and directed by Dee Rees
It’s Precious, Part II! OK, not exactly. But Pariah’s also a difficult drama about a black teen living in New York with a mother who misunderstands/resents her. Oduye plays a young lesbian living in Brooklyn, struggling to come out to her family and struggling to fit in with the LGBT crowd. If this movie had a bigger profile, the film would be getting the serious Oscar attention afforded Precious. Without it, Pariah will have to ride great reviews and word-of-mouth if it hopes to become as big a powerhouse.
PLAYING EXCLUSIVELY AT THE MAGNOLIA 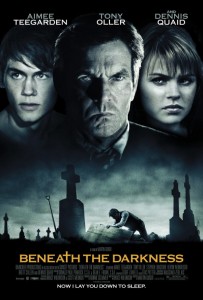 Beneath the Darkness (R)
Starring Dennis Quaid, Tony Oller, Aimee Teagarden
Written by Bruce Wilkinson
Directed by Martin Guigui
More lousy horror! This time Coach’s daughter from Friday Night Lights and her friend (some guy named Tony Oller—whose probably just as bland as Alex Pettyfer or any number of interchangeable male leads with smoldering gazes) try to out a local hero (Quaid) as a serial killer. My only hope is that this is fun-bad and not bad-bad.
PLAYING AT THE CINEMARK DALLAS 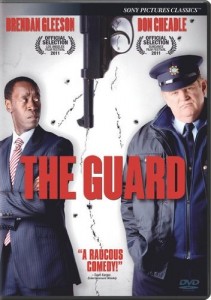 The Guard (95%)
If you like Brendan Gleeson and foul-mouthed Irish comedies (I’m a big fan of both), you’ll be giddy for this pomo-Western about an obese gunslinger (Gleeson) who ‘s either “really motherf***ing smart or really motherf***ing dumb.” He teams up with an FBI agent (Don Cheadle) to derail a drug dealer (Mark Strong) who’s using Gleeson’s sleepy Irish post to deliver a major shipment of cocaine. Gleeson is basically “the Dude” with a badge and he and Cheadle have great Odd Couple chemistry. One of the more entertaining viewing experiences of the year.