The Weekender: ‘Days’ are Gone

X-Men: Days of Future Past*
A dark, difficult storyline gets translated magnificently to the big screen. This is a redemption story on a grand scale, and Singer has completely redeemed the franchise (not that First Class was a slouch). Sure, there were a few too many characters with nothing to do, but overall this is the comic book movie that we all deserved this summer. Read my review at College Movie Review. 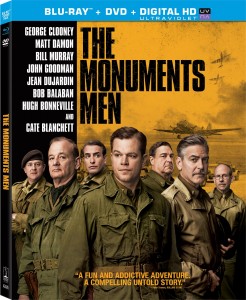 The Monuments Men
It doesn’t succeed as a complete film, but rather as a series of WWII vignettes. The pairings of Jean Dujardin & John Goodman and Bob Balaban & Bill Murray give the film its best scenes. Matt Damon and George Clooney, whose mugs you saw front-and-center on the posters, are essentially non-factors.

New to Blu-ray
Nosferatu the Vampyre

This entry was posted in Film, Previews and tagged alphaville, blended, chinese puzzle, cold in july, days of future past, immigrant, palo alto, this is where we live, x-men. Bookmark the permalink.