The Weekender: ‘Bullet’ train to heck

Warm Bodies (PG-13)
Starring Nicholas Hoult, Teresa Palmer, John Malkovich
Written for the screen and directed by Jonathan Levine
I may be alone in this, but this could be one of those rare early-year gems that proves not everything that comes out before May is a complete waste of time. Hoult plays a zombie who becomes smitten with Palmer, and grows less undead as the movie goes on. Literally heartwarming? I’m down with that.

Bullet to the Head (R)
Starring Sylvester Stallone, Sung Kang, Christian Slater
Written for the screen by Alessandro Camon
Directed by Walter Hill
Despite direction from Walter Hill (called in to salvage after Wayne Kramer bailed) and its basis on a violent graphic novel, this looks like complete and utter garbage. It honestly looks like it went straight to VHS in 2001 and they’re just now releasing it in theaters.

Stand Up Guys (R)
Starring Al Pacino, Alan Arkin, Christopher Walken
Written by Noah Haidle
Directed by Fisher Stevens
Even if this movie about old hitmen reminiscing about the good ol’ days, I’d be first in line to see it. There’s a little bit of a plot about some nasty revenge killing, but I would watch hours and hours of these three hanging out.

Sound City (NR)
Directed by Dave Grohl
The Nirvana drummer and Foo Fighters frontman tries his hand at directing, telling the story of the legendary L.A. studio. Unfortunately, it also led to this, so… maybe just make another album, Dave?
PLAYING EXCLUSIVELY AT THE TEXAS THEATRE

Oscar-nominated shorts (NR)
Always worth checking out are these showcases of the live-action and animated shorts. My favorites in the latter category are Paperman (above) and Maggie Simpson in “The Longest Daycare.”
PLAYING AT THE ANGELIKA PLANO and THE MAGNOLIA 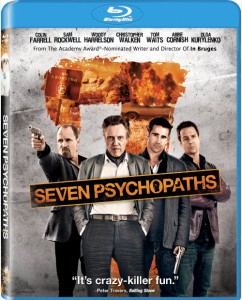 Seven Psychopaths (82%)
Martin McDonagh writes some of the best dialogue this side of Tarantino and his twist-filled stories are consistently hilarious and re-watchable. While not as wholly original as his debut In Bruges, this L.A. set noir comedy boasts one of the best casts of 2012 and features two as-good-as-ever performances from Woody Harrelson and Christopher Walken. And it has Tom Waits, which is always a nice bonus.

Blu-ray: The Duellists, Flight of the Navigator*, Tales of the Night, That Obscure Object of Desire, White Zombie