A note before we get started: Unless accompanied by a letter grade, the following summaries are only previews, and my opinion is based on trailers and commercials as well as the past films of the actors, writers and directors. I have not seen these films in advance. Now you know. On to the movies: 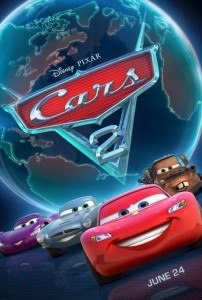 Cars 2
Starring the voices of Owen Wilson, Michael Caine, Larry the Cable Guy
Story by John Lasseter & Brad Lewis & Dan Fogelman
Screenplay by Ben Queen
Directed by John Lasseter
I knew this day was coming, yet I kept hoping it wouldn’t come so soon. For the first time I feel like Pixar–those geniuses that gave us four of the best movies of the last decade–is phoning it in, a feeling that only grows when I read stories like this one. This is also the first time I feel like Pixar developed a movie solely based on studio and audience demands, rather than coming up with a great story that needed to be filmed. Lightning (Wilson) and Mater (Larry) ditch the colorful, homespun friends they made in Radiator Springs for an international adventure with the former competing in a grand prix and the latter being mistaken for a spy. Did I mention it’s in 3-D? Git-r-done, guys. 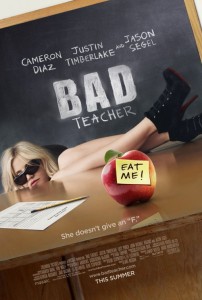 Bad Teacher
Starring Cameron Diaz, Jason Segel, Justin Timberlake
Written by Gene Stupnitsky, Lee Eisenberg
Directed by Jake Kasdan
For a movie with such promise, I still feel uneasy about its execution. For starters, there are plenty of raunchy comedies out there, but this is the only one that’s straight-up nasty, just the sort of acidic kick this summer needs. But Cameron Diaz is leading this hell-cruise and while I have faith that she will sell every single F-word on bong hit, there’s very little evidence that she can act or make audiences laugh. Luckily, Segel and Timberlake will be on hand to give it their best along with comedic secret weapon Lucy Punch. They’re all teachers at a Chicago high school, with varying degrees of care and deceit. This is definitely going to be a pass-fail course in comedy. 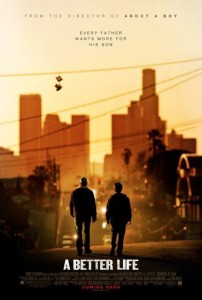 A Better Life
Starring Demián Bichir, José Julián, Eddie Sotelo
Story by Roger L. Simon
Screenplay by Eric Eason
Directed by Chris Weitz
An illegal immigrant tries to start his own business to make a better life for his boy. When his truck is stolen, father and son embark on a journey to recover it. This is the kind of story that has the potential to be extremely powerful. But when privileged white people are telling it, it could easily sound patronizing or out of touch. Weitz, who likely has a strong desire to pull a complete 180 after back-to-back big-budget epics–one a disaster (The Golden Compass), one a success (New Moon)–may not be the right person to tell this story, but he’s sure gonna try. 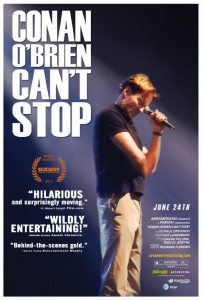 Conan O’Brien Can’t Stop
Starring Conan O’Brien, Andy Richter, Stephen Colbert
Directed by Rodman Flender
Perhaps if I cared for O’Brien more as a talk-show host than a writer, I would be excited for this documentary about his Legally Prohibited from Being Funny on Television tour. While I feel for the guy, and think he’s incredibly sincere, I simply don’t find him that funny. So this doc–part victory lap, part vindication, part vicious retaliation–is simply not for me.
PLAYING EXCLUSIVELY AT THE MAGNOLIA

Also opening:
Buck (both Angelikas), Just Like Us (Angelika Dallas) 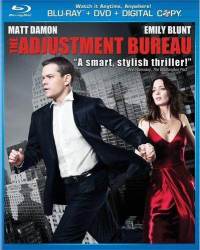 The Adjustment Bureau
You’ve entered the Twilight Zone, but your host is John Calvin. See, everything is already laid out for you. You have no say in the matter. But I guess if you believe in love, like Matt Damon does, you can run through New York in an stupid fedora and try to choose your own destiny.
(Family Video, Blockbuster)

Unknown
Liam Neeson kicks butt and does a little bit of investigating as he tries to uncover who stole his identity–including brainwashing his wife–and why in this thriller. But go ahead and just re-read the first four words of that first sentence. That’s all you need to know.
(FV, B) 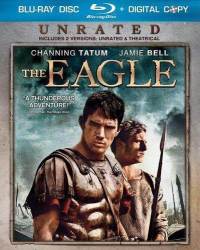 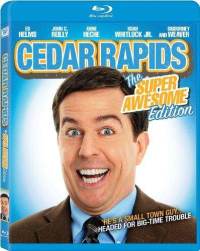 Cedar Rapids* (Grade: B+)
Easily the best comedy of 2011 thus far, Cedar Rapids gives a chance to each of its cast members to shine in roles perfectly suited for them. Ed Helms plays a Midwestern rube who gets his first taste of freedom at a convention in the titular city and actually makes real friends along the way. If you felt left down by the latest Hangover, give this much-better comedy a shot.
(Blockbuster Express, FV, B)

Also available: happythankyoumoreplease, Diary of a Wimpy Kid: Rodrick Rules, You Got Served: Beat the World

ON TV:
Saturday night:
HBO: Going the Distance*
Showtime: Letters to Juliet
Starz: Alice in Wonderland, Toy Story 3*
TCM: Out of the Past (The Essentials)