The Weekender: ‘Babadook’ of Earl

The Babadook
Jennifer Kent’s first feature recently won a prize from the New York Film Critics’ Circle. It’s received raves from critics across the globe and from horror masters like William Friedkin and Stephen King. After a year of horror duds, it’s nice to see a well-written, terrifying flick get the attention it deserves. 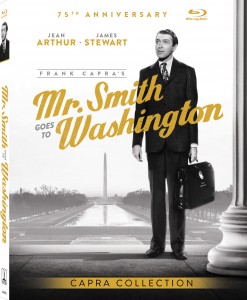 Mr. Smith Goes to Washington
I’ll make a strong case that this was the best film of 1939, one of the most incredible years in film history. Jimmy Stewart is simply magnificent as the humble Senator, who faces unbelievable corruption from his colleagues. Let me remind you that this is the Congress of the ’30s, not even the wretched hive of scum and villainy we have today. It goes beyond “they don’t make ’em like they used to.” This is a classic that stands the test of time and is one of the most inspirational movies ever created.

New to Blu-ray
• The Emerald Forest
• Hickey & Boggs
• Looney Tunes: Back in Action
• Offence
• The Package
• The Quartermass Xperiment
• Tales from the Crypt/Vault of Horror
• Witness to Murder