The Weekender: A Box of Chocolates… In IMAX!

Forrest Gump
Haters to the left. This is still one of the best movies ever made. Yes, it’s sentimental. Yes, it’s a little in love with its still breathtaking special effects. But you’d have to be pretty hard-hearted not to be moved by Tom Hanks’ Oscar-winning performance and the incredible story that unfolds. 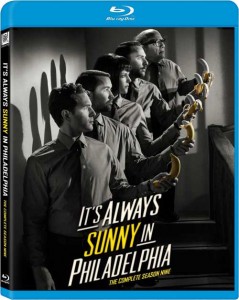 It’s Always Sunny in Philadelphia (Season 9)
Somehow, this scrappy little show made it to Episode 100 in its landmark ninth season. It’s still as inconsistent as ever, but this season featured such standouts as the pitch-black prank of “The Gang Broke Dee,” the dead-on gun control episode “Gun Fever Too: Still Hot,” and the extremely meta “The Gang Tries Desperately to Win an Award.”

This entry was posted in Film, Previews and tagged dock ellis, forrest gump, frank, identical, life after beth, love is strange, no no. Bookmark the permalink.