With today marking the 30th anniversary of the Simpsons’ first appearance on The Tracey Ullman Show, a lot of sites are revising (or releasing for the first time) their lists of the best episodes of all time. The Ringer’s list was exhaustive, but dismissive of anything past Season Nine. Consequence of Sound was a little more lenient. And I’ve already published a list. While I thought about re-doing mine from a few years ago, I was struck by a couple of things: 1. This doesn’t really feel like that momentous of an anniversary. 2. It was actually way too hard to revise my list to include some episodes that have grown on me since I did that initial list. So my solution was just to make a list of 10 more amazing episodes that didn’t make the cut last time. Thus, there’s no point in ranking these, so I’ll just present them in chronological order. 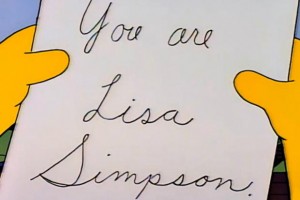 The show’s saddest episode, give or take a “Mother Simpson.” Dustin Hoffman’s turn as Mr. Bergstrom (aka Mr. Nerdstrom aka Mr. Boogerstrom) is one of the greatest guest spots the show has ever produced. He’s the substitute – and the only one at Springfield Elementary – to really understand not only how gifted Lisa is but also how lonely. His farewell is both crushing and uplifting at the same time. 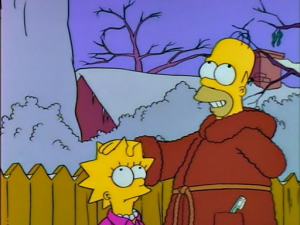 The sharpest of the show’s many digs at organized religion, Homer’s one-man church – which allows him to indulge in any number of luxuries – is a fantasy come true. But he does learn (learning being a fluid concept on this show) that despite religion’s faults, needing people to carry your burdens is universal, no matter what god you pray to.

BEST LINE:
Ned: “Homer, God didn’t set your house on fire.”
Rev. Lovejoy: “No, but He was working in the hearts of your friends and neighbors when they went to your aid. Be they Christian, Jew or… miscellaneous.”
Apu: “Hindu! There are 700 million of us.”
Rev. Lovejoy: “Aww, that’s super.” 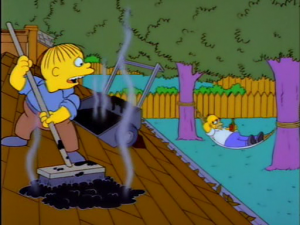 The most depth the show has ever given Ralph Wiggum (who’s mostly used as an easy laugh, as he’s even dumber than Homer). “You can actually pinpoint the moment his heart breaks,” Bart tells Lisa upon video replay of her very public rejection of him. It’s exemplary of the show in its prime: gut-busting but also touching. This episode also features my third-favorite original tune (after Stop the Planet of the Apes! I Want to Get Off! and “The Monorail Song”): “The Lesser-Known Presidents.” 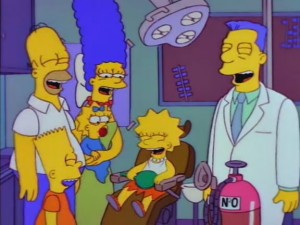 I’ll call this the OK Computer of The Simpsons canon. It had been held up as the greatest episode for so long, but was never my favorite, so I always bumped it down. But while I still wouldn’t put it at No. 1, and it’s not my all-time favorite, I can now see just how utterly brilliant it is, and don’t begrudge anyone who would put it at the very top. I mean, where else are you going to get a Grinch parody, a Yellow Submarine montage and a scene that calls back to a very specific scene of 1989’s Batman film AND have it all make sense in context?

BEST LINE:
Mr. Burns: “This is a thousand monkeys working at a thousand typewriters. Soon they’ll have written the greatest novel known to man. Let’s see. ‘It was the best of times, it was the BLURST of times!’ You stupid monkey!” 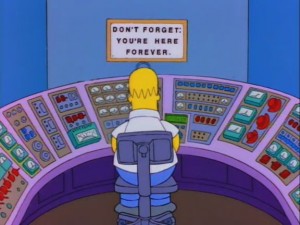 That last shot is the most touching thing the show has ever done, but the whole episode is filled with laughter and something… in… my… eye… It’s also pretty damn relevant, especially to my generation, given that it’s about the sacrifices you have to make to take care of your family. “Hmm… well I can do something I love but not have enough to make ends meet, or I can take a soul-crushing job to keep us float?” This episode perfect encapsulates that struggle.

BEST LINE:
Carl: “Homer, you should see a doctor. I don’t think a healthy man can make that kind of smell.” 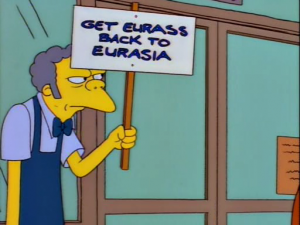 “Much Apu About Nothing” – Season 7

One of many extremely timely episodes on this list, this episode captured anti-immigrant resentment long before our current president stoked them during his campaign. “Immigants! I knew it was them! Even when it was the bears, I knew it was them.” Moe exclaims at one point. Apu is scheduled for deportation, but manages to study well for the citizenship test – even impressing his interviewer with his knowledge of the complexities of the American Civil War – to stay. Springfield has always been a microcosm of America, at its best and worst, and no show has better understood our country’s mob mentality and panic. “Won’t someone please think of the children?!”

As has been well-documented, Hank Scorpio was the original Silicon Valley villain. His attempts to take over the world only slightly less horrifying than some of the other monstrous corporate titans have done while trying to maintain a “fun work environment.” Albert Brooks did his best of many guest spots as that James Bond-threatening, 5K-running, shoe-tossing boss (“But I don’t like that word. Sure, I come later in the day, make a lot more money and take longer vacations, but don’t call me that.”). And that’s just one aspect of this classic episode, which finds Bart, Lisa and Marge all struggling to adjust to a town as unsettling perfect as Cypress Creek.

BEST LINE:
Smithers: “What’s wrong with this country?! Can’t a man walk down the street without being offered a job?” 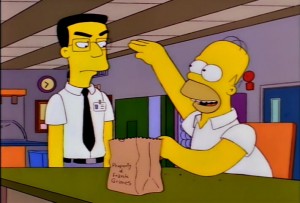 The most controversial episode that still has its staunch advocates (even I realized how bad “The Principal and the Pauper” is during my rewatch a couple years ago). Frank Grimes is the classic interloper: the character who comes into a situation we’ve accepted as normal, and throws the harsh light of day on it. Homer really is a complete buffoon who should have lost his job, his house and his family long ago thanks to his idiocy and selfishness. And Frank really did work his way up from nothing, but c’mon, that guy is just the worst. The harsh cut from Frank’s breakdown to Homer snoring at his funeral is the darkest this show ever got, but it could stand to inject a little venom every now and again.

BEST LINE:
Kent Brockman: “…which, if true, means death for us all.” 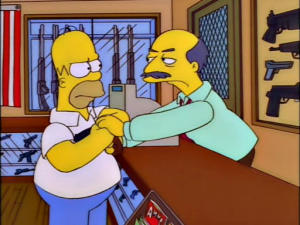 Gun control advocates’ message really comes down to this: We don’t want everyone to give up their guns. There’s just not enough in place right now to keep people who shouldn’t have guns from getting them. For a humorous case, take Homer Simpson. After his background check reveals his drinking problem, his anger problem and that time he beat up President Bush, the sarcastic shopkeep (one of my favorite minor characters) informs him that he’ll be restricted to only three firearms. It’s insane, and not that far from reality. As the episode proves, there are plenty of responsible gun owners (even Krusty of all people), but Homer is a disaster with a weapon, even though Marge does look pretty badass with one (and she’s had police training). 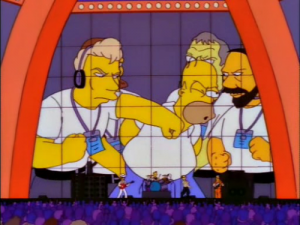 All during the horrible 2016 election cycle, people were looking for a pop culture analog. Many latched onto Season Four of Parks and Recreation, which featured ultra-qualified Leslie Knope running against spoiled rich kid Bobby Newport. But the best example is this civics-minded episode, which finds oafish Homer running on a bunch of “crazy promises” against the experienced Ray Patterson (guest star Steve Martin) for Sanitation Commissioner. Homer wins, then ruins the town. Sound familiar? Even if our collective fates had turned out differently, we’d still have one of the most musical episodes, with a “Candyman” parody and multiple U2 jokes.

BEST LINE:
Ray Patterson: “Oh, gosh. You know, I’m not much on speeches, but, it’s so gratifying to leave you wallowing in the mess you’ve made. You’re screwed, thank you, bye.”

This entry was posted in Best Of, Reviews, Television and tagged simpsons. Bookmark the permalink.