The A.V. Club got started a little early on their summer shows, so I will, too. Full coverage starts next week. 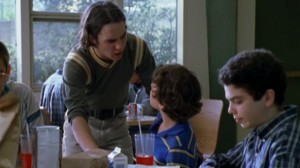 Pilot episode (A)
I’ve heard for years that this is the ultimate cult show, the best high school show and basically one of the greatest series ever to make it to air. I’m here to report all that’s true. The great writing and acting gave the show its sterling critical reputation, but its enduring cult stuck around because, when it aired in 1999 and 2000, when the Internet was still a random assortment of chat rooms and primitive sites, watching Freaks and Geeks felt like a community (which makes it entirely unsurpising that it seems to be such a big influence on Community) of lost souls who had a rough time in high school, no matter what their home life was like. The pilot has to be one of the greatest in the history of the medium, right up there with the Arrested Development and Lost premieres. It’s absolutely fantastic on every possible level, but wouldn’t hold up if Linda Cardellini’s performance weren’t totally spot-on. I could not be more excited to journey through this show with you (and The A.V. Club) this summer. “Special Powers” (A-)
Even when things seem to be looking up, it’s still a lot of chaos on the set and in the lives of the Sports Night team. Whether it’s broadcasting too early or speaking simultaneously, finally getting ballsy or being too ballsy, it’s tough to navigate. This episode had a ton of great moments like Isaac’s “Don’t treat me like your grandfather” speech to Dan and Jeremy’s titular speech to Natalie. But man, how about that kiss? A definite goosebump inducer. 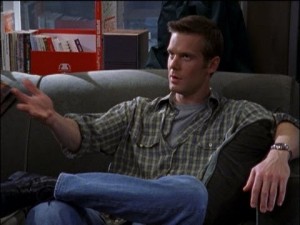 “When Something Wicked This Way Comes” (B)
In the season premiere, everything worked, and the Dana-Casey stuff was just delicious icing on an already terrific cake. Here, it’s the one thing that doesn’t work. Hitting the pause button so quickly after finally pressing play is supremely frustrating. But it will throw some interesting kinks in the machine, especially with the meta presence of William H. Macy as the “ratings guy.”

Wonderfalls – Season 1
Due to a lack of availability, I’ll add this episode to next week’s coverage. See you then.

This entry was posted in Reviews, Television and tagged freaks and geeks, sports night, wonderfalls. Bookmark the permalink.