Hobo with a Shotgun (B-)
DVD
The first post-Grindhouse movie to take that genre to its absolute extreme. Based on the two-minute trailer, the 86-minute film is still a little longer than it needs to be, but it relishes in dispensing justice via shells. It also champions the homeless as the last oppressed minority. Rutger Hauer gives the film its anchor, which it needs in a world populated with Day-Glo colors, immoral characters and the most relentless, brutal violence I’ve ever witnessed in a film. 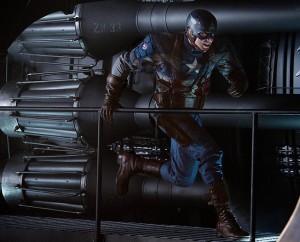 Captain America: The First Avenger (A-)
Theater
Now this is how you do a comic book movie. Director Joe Johnston—a big kid at heart, and I mean that in a good way—gives this origin tale just the right panache. He takes his subject seriously but accents it with a light touch. This universe is populated with real characters instead of types. Tommy Lee Jones in particular is terrific as grizzly Col. Chester Phillips. The first half, in which Steve goes from scrawny patriot to buff war-bonds salesman, is even better than its action-packed second half. Ultimately, this is thrilling summer entertainment with a tragic hero at its center. 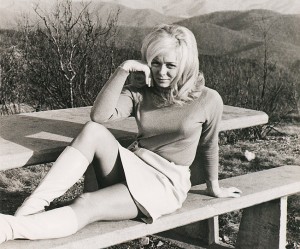 Tabloid (A-)
Screening
Easily the most entertaining documentary since American Movie. Much like that film, you’ll wonder if the director is laughing with or at his subjects, but he keeps you riveted, getting candid moments that are both funny and fascinating. The film belongs to the unforgettable Joyce McKinney, the alleged Mormon-napper. She’s one of cinema’s all-time great characters. 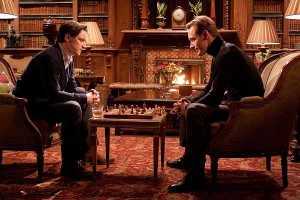 X-Men: First Class (B+)
Dollar Theater
Sometimes it takes a great film to remove the disappointment of another. In re-establishing the X-Men mythology, Matthew Vaughn’s latest completely exorcises the horrors of The Last Stand. Charles Xavier (Professor X) and Erik Lehnsherr (Magneto) play their characters as both ’60s playboys and intellectual equals. And that commitment to fierce style and fiercer debate makes for the most fascinating and stimulating origin story Marvel has ever produced. Some of the action is downright silly, and that keeps the film from attaining the high level for which it aims, but its alternative history storyline and high-stakes drama keep this prequel thoroughly engaging. 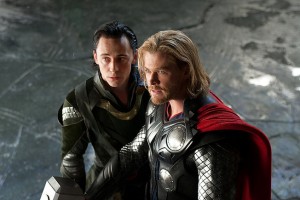 Thor (B)
Dollar Theater
Color me surprised. Readers will know I had every intention of avoiding the summer’s first big blockbuster. But nearly everything about Thor works, starting with newcomer Chris Hemsworth. He’s no blank hunk. With a wink, a smile and charisma to burn, he heralds his arrival as a major movie star. He and Natalie Portman have genuine chemistry and that gives their scenes an effortless energy. Tom Hiddleston hits every note correctly as the traitorous Loki and the rest of the cast more than fulfills their roles. The film jumps too often between Earth and Asgard and some scenes—particularly that first big set-piece—are almost too dark to view. Plus, DP Haris Zambarloukous loves that tilted angle shot entirely too much. But Kenneth Branagh draws Shakespearean conviction out of his actors in Asgard while giving humor and lightheartedness to the proceedings on Earth. I’ll be happy to take another journey with him next year (in The Avengers) and the year after (in a sequel).

I also saw the first 20 minutes of Insidious at a dollar theater in North Richland Hills before we had to evacuate. We did not stick around to see if they let us back in nor did I try to get my money back. It was that forgettable.