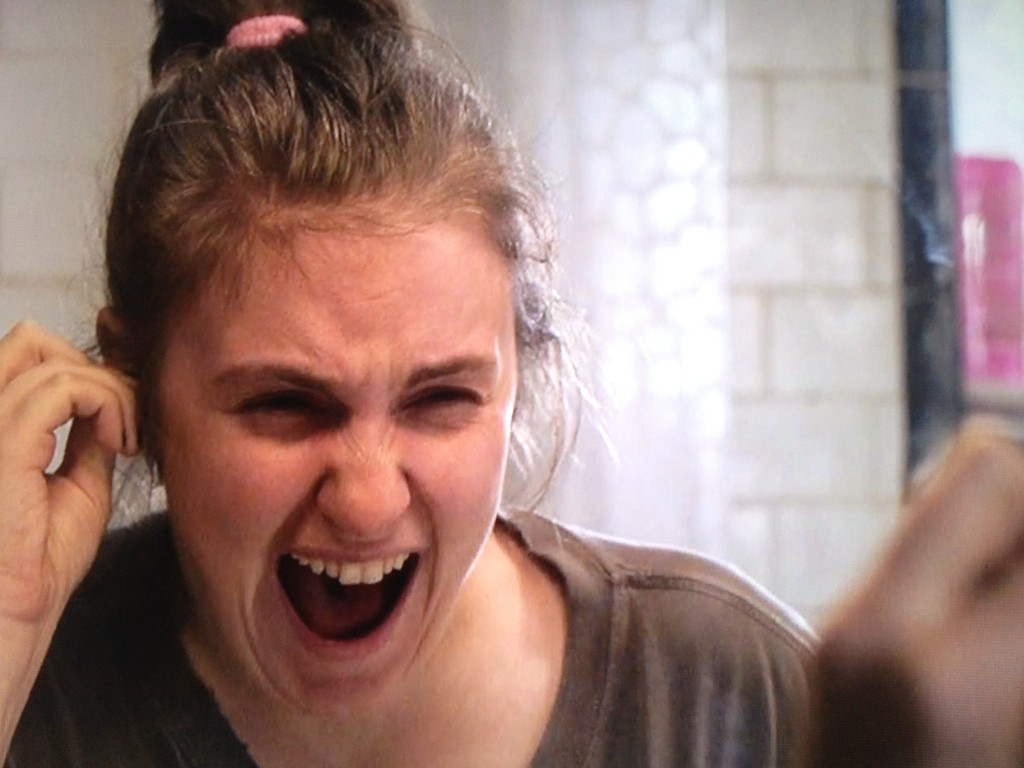 At least four times during this week’s Girls, I shouted at the screen some variation of, “No! Stop! What are you doing?!” I realized I must be pretty hooked on a show to do that, because that’s only happened once before, with Breaking Bad.

So here’s a rundown of the misery on an even more depressing than usual episode:

1. Hannah’s OCD takes a self-destructive turn as she jams a Q-tip so far in her ear that she punctures her eardrum. I winced just seeing it. That’s great direction. But then she does it again to end the episode, so she can at least have some symmetry, which is the root of her OCD. While last week’s manifestation just seemed like an annoying quirk, this week took it to a place far darker than I ever imagined this show going. To me, her second puncture takes one incident and turns into something akin to cutting. It was utterly painful to watch, more for the emotional duress she’s subjecting herself to than the physical affliction.

2. Marnie decides to unveil her alleged vocal skills at Charlie’s party. It was exactly the train wreck you’d picture. I thought for sure she’s go with a Lana Del Ray song, but that would have been way too easy. Instead she does a bastardized lounge version of Kanye West’s “Stronger” and it goes from interesting to horrifying to kind of awesome very quickly. So of course Charlie gives her a lecture and then screws her.

3. Shoshanna tells a lie that only she could get away with because of her innocence. Instead of confessing to hooking up with that doorman, she tells Ray that she just held his hand. That’s the kind of active deception that got Walter White where he is today. For shame. I don’t know if Ray was just being willfully ignorant or honestly believes she’d feel guilty over something so innocuous. Either way, Shoshanna just became the most fascinating character on the show.

4. Finally, most heartbreakingly, Adam starts drinking again. He’s always seemed uneasy in anything that makes him go outside his comfort zone (which usually involves an activity most people do on a regular basis) but trying to compensate with alcohol (and as a way to drown out anything stirred up by seeing Hannah again) turned ugly very quickly. The way he degraded his girlfriend was horrifying to watch, so much so that the “controversial shot” didn’t seem as shocking.

I don’t know what’s going to happen to any of these characters in next week’s finale. All I know is that for all my griping about the first few episodes, I’m deeply sad it will be a long time till I see them again after next week.

Bitch of the week: Everyone except Natalia and Ray. They’re not winners, either.

Worst fashion choice: Hannah wearing nothing but a T-shirt to go to the emergency room. I know you’re in pain, but at least put on some damn pants.

“What’s a girl like you doing in a place like this?” (for a character who barely makes an appearance): That annoying/attractive co-worker of Charlie’s who keeps calling Marnie “Maggie.” What’s her story…