Welcome back. Since some of the shows I started this summer – namely Freaks and Geeks and Spaced – still aren’t through with their runs, and because the fall TV season has yet to begin in earnest, I’m gonna keep this going for the next six weeks or so. After that, I’m still not sure, as frequent work travel will keep me from being current with all the shows I’ll want to watch. We’ll get to that later. Right now, here’s our current line-up: 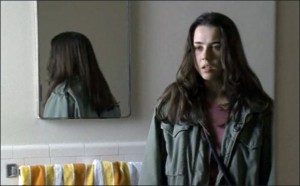 “Chokin’ and Tokin’” (A-)
As always, Freaks and Geeks took an After School Special lesson (Don’t Do Drugs) and made funny and heartwarming, and still got its lesson across without succumbing to lame platitudes. Plus, we actually saw a bully’s tender side. 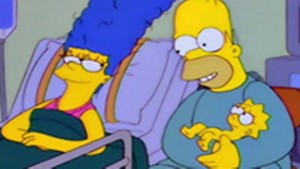 “And Maggie Makes Three” (A)
So maybe it doesn’t have a naked Bart defying death by swinging on a clothesline. Maybe it doesn’t have Lisa saying her first word. But for my money, this is the best of the kids’ origin stories. Only a hardened cynic couldn’t be moved by Homer’s picture-covered wall at work, where Mr. Burns’ demotivational poster now reads DO IT FOR HER. Excuse me. I have something in my eye. 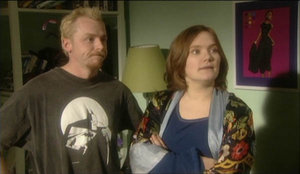 “Chaos” (A)
Genre parodies are now par for the course on single-camera comedies, but again Spaced was ahead of its time. This heist/rescue mission is perfectly executed, even if the actual mission was not. Nick Frost plays a much more prominent role in this and the next episode, and the show sees a subsequent uptick in quality. 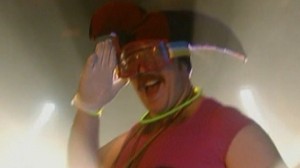 “Epiphanies” (A)
It’s the best episode yet as the gang loses itself to dance. It captures those weird times when you’re young where you can have a great night with someone you don’t particularly care for. These things never happen when you’re older, but sometimes the weird cousin in your surrogate family hosts the best party.

This entry was posted in Reviews, Television and tagged freaks and geeks, netflix, simpsons, spaced. Bookmark the permalink.