This list might be a little late in arriving, but better late than never. This list, while full of films you’d typically find on a list like this, is made up of moments you might have glossed over while you were busy being terrified by the rest of the creepshow. Now it should go without saying that there will be spoilers aplenty ahead, but some people just aren’t smart. You’ve been forewarned. 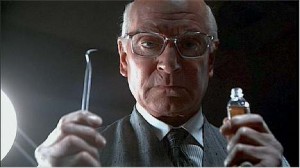 What separates this thriller from most people-in-distress is that poor Dustin Hoffman did nothing to bring the misfortune of being hunted by a Nazi upon him. He didn’t sell his soul to the devil or refuse to help a person dying on the street. He’s just guilty by association. See, his brother Roy Scheider is a spy, but he doesn’t know that. And thus the bad guys come knocking, trying to find out “Is it safe?” And his sheer ignorance is no help as Sir Laurence Olivier starts poking around his mouth with some nasty dental tools. It’s pure visceral pain and the correct way to make a torture scene for maximum impact. 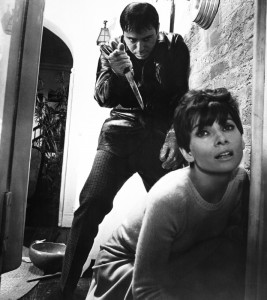 By bringing us into blind Audrey Hepburn’s world, we feel her helplessness as her home is invaded by some seriously bad dudes and she defends herself by taking the would-be thieves down to her level. It’s a tense film throughout but it makes the list for being one of the first–and best–to use the “double-check to make sure the bad guy is dead” scene. 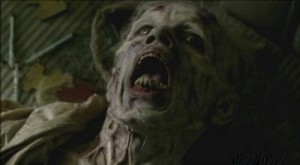 David Fincher’s unrelenting police procedural is as taut as they come, but the discovery of the Sloth murder is the biggest reason it makes this list. The audience is set up to believe the police might finally catch the brutal killer, only to discover it’s another wild-goose chase to find another helpless victim. Until then, the killings had been vicious, but nothing as sadistic as this. From there on out, the body count rises in increasingly more depraved fashion. But it’s here that detectives Morgan Freeman and Brad Pitt realize this isn’t your run-of-the-mill serial killer. It’s a terrifying vision of what’s in store for the rest of the movie. 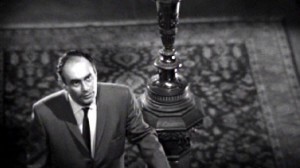 Everyone knows the shower scene, and it’s certainly terrifying, especially because it happens so early in a film that doesn’t start out as a horror flick. And the climax is scary, too, especially the first time. But the most heart-racing scene in Psycho arrives more than halfway through when a detective starts sticking his nose around the old Bates place. Most thrillers would have staged a verbal tête-à-tête with Tony Perkins and Martin Balsam, only for Perkins to turn around with a knife or come up behind him with a blunt object, Hitchcock toys with us, as Balsam creeps up the stairs only for Mama to burst out of her bedroom to slash the nosy private eye across the face and send him tumbling down the stairs. 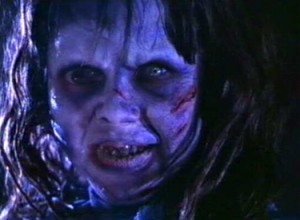 Audiences were terrified in the ’70s when Linda Blair’s head spun around and again in 2000 when she “spider-walked” down the stairs. But the single most terrifying moment, for me at least, occurs when Ellen Burstyn opens the door to her daughter’s bedroom to reveal the possessed Regan mutilating herself with a crucifix. Until then, it had only been spooky, but now all the happenings would be truly demonic. 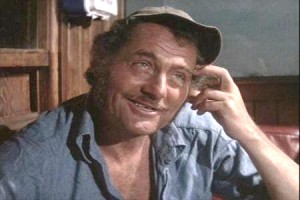 “We’re gonna need a bigger boat.” “How ’bout you come down here and chum some of this shit!” Forget all that. Forget the woman screaming at the beginning. The scariest moment in the original summer blockbuster is Robert Shaw’s monologue about the final fateful voyage of the U.S.S. Indianapolis, where brave naval officers feared for their lives at the hand of an unforeseen enemy: sharks. 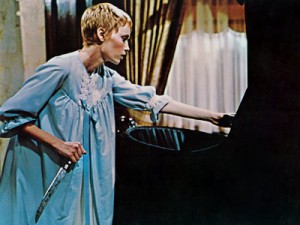 One of the best horror movies of all-time, if not the best, Rosemary’s Baby is magnificent because it takes time to tell its story. Audiences today wouldn’t have the patience for a twisted, cerebral, two-hour relationship drama. What’s so scary about Rosemary’s Baby is that nearly everything Mia Farrow experiences can be reasonably explained away as paranoia or a simple misunderstanding. That is, until the final scene. We’ve all been worried for her unborn baby, which she fears will be sacrificed by the witches next door. But what she uncovers is far more disturbing–that the wee little babe will be in the best of care, because he’s the son of Satan. 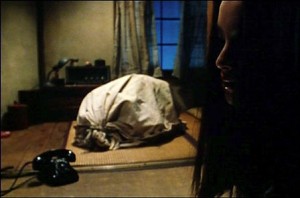 As you may have noticed with this list, I’m a little bit obsessed with those moments when a film completely changes–from eerie to flat-out terrifying, or in this film’s case when it completely changes genres. The first half of Takashi Miike’s masterpiece is a sad story of a widower who agrees to a twisted game proposed by his friend: have women “audition” for a film role, but ask them questions you would ask a date so you can find the ideal woman. He does find his lady, but soon she disappears. When he phones her apartment, she lets it ring. It rings and rings until the bag in the background–which could have been trash or clothes–starts moving and screaming. It only gets creepier from there.

There’s just something about black and white that makes a movie more unsettling. Maybe it’s because blood doesn’t look good onscreen. Or maybe it’s because back in the day, directors focused more on atmosphere and storytelling than gore. Whatever the reason, The Haunting towers above most horror films. Julie Harris is particularly impressive as the tormented Eleanor, especially in the scene that makes this list. The house where she and other experimenters are staying is clearly haunted by this point and while it’s doing its “GET OUT!” bit, she cries out for roommate Theo to hold her hand. Trouble is, once the noises stop, Eleanor realizes Theo had been across the house, and that wasn’t her hand she was holding. 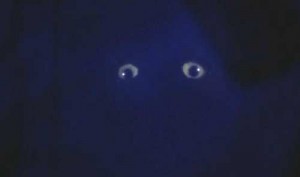 The trouble with making Dario Argento’s classic my No. 1 is picking which moment to top the list? Any of them would make it–Jessica Harper’s roommate caught in razor-wire or that same roommate resurrected to kill her later on–but I have to go with the “holy crap” opening scene as a girl runs all the way from school to her friend’s apartment across town, only to be dragged from a second story window, have her beating heart cut out, thrown through a skylight and finally hanged from the roof. And that’s just the first 15 minutes.

Just missed the cut: The Silence of the Lambs (1991)–Lecter’s escape, I Walked with a Zombie (1943)–Walk through the cornfield, Don’t Look Now (1973)–Donald Sutherland catches up with the Girl in Red, Ernest Scared Stupid (1991)–Troll in the bed, The Thing (1982)–Emergency surgery goes wrong