2019 in Review: The Best Performances – Film

It was a stellar year for film acting, even if only one of these performances was nominated for an Academy Award.

Ensemble in a Comedy

Knives Out
As epic a cast as has ever been assembled for a murder mystery, each member of the Thrombey family is evil in their own way, even if they’d like to think they’re not as bad as the others. Anchored by outsiders Daniel Craig (hamming it up) and Ana de Armas (giving her best performance to date), the cast keeps each of their greedy morons frighteningly human.

Actor in a Comedy

Eddie Murphy, Dolemite Is My Name
Murphy has had a lot of great comedic turns over the years, but none of his creations were as deeply felt as his interpretation of Rudy Ray Moore. Larger than life but still deeply human, he makes you laugh, but also touches your heart in his vulnerable scenes.

Actress in a Comedy 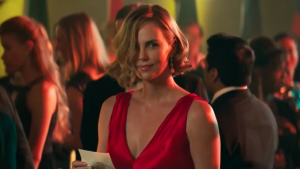 Charlize Theron, Long Shot
While she got all the acclaim for her sympathetic portrayal of Megyn Kelly in Bombshell, she’s much better in Jonathan Levine’s political rom-com as the driven Secretary of State finally letting her guard down and falling in love with a jaded reporter (Seth Rogen).

Supporting Actor in a Comedy

Brad Pitt, Once upon a Time in Hollywood
It’s hard to believe anyone who looks like Brad Pitt would ever get “left behind,” yet a man of 50 who looks better than most of us ever will is completely convincing as an ex-stuntman whose best years are long behind him, but has found some sort of zen anyway.

Supporting Actress in a Comedy 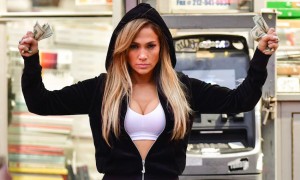 Jennifer Lopez, Hustlers
Her introduction, set to Fiona Apple’s “Criminal,” is among the best for any character in recent years. Your eyes are glued to her from then on, as she burns through roles from scene to scene: mentor, mother hen, ringleader and finally destroyer. She’s never been better, but hopefully more filmmakers give her parts that let her show what’s she’s capable of.

Ensemble in a Drama 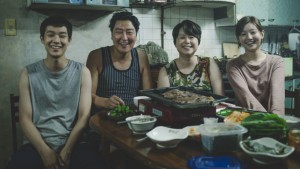 Parasite
The brilliant cast of Parasite proves why recognition of an entire ensemble is needed. While certain individual actors are especially terrific in this, it’s all of them working together and playing off one another that makes Parasite truly special.

Actor in a Drama 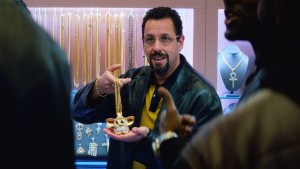 Adam Sandler, Uncut Gems
Like Paul Thomas Anderson before them, the Safdies were able to harness Sandler’s childlike lack of self-control into a magnificent performance. While not particularly sympathetic, Sandler once again makes you root for him to succeed, even as he’s bringing everyone down with him.

Actress in a Drama 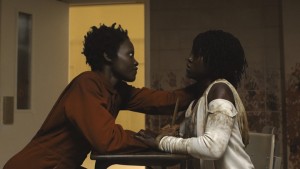 Lupita Nyong’o, Us
Lupita gave not one but two of the best performances of the year, as Adelaide (the traumatized woman) and Red (her underground tormentor). She anchors a terrifying movie whose story falls apart the second you think about it.

Supporting Actor in a Drama 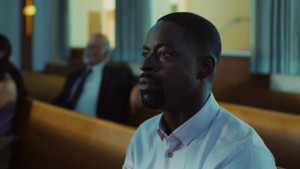 Sterling K. Brown, Waves
So maybe he’s just playing a harder-edged Randall here. So what. He’s absolutely gut-wrenching as a father who thought he was giving his kids everything they needed, but failed to give them the emotional tools they needed to survive. He pushes and pushes in the first half, then has to reckon with the damage he helped cause in the second.

Supporting Actress in a Drama 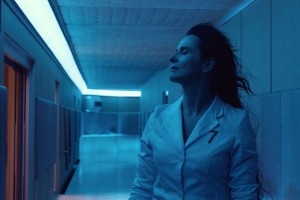 Juliette Binoche, High Life
We all know she can do anything, especially with Claire Denis at the helm. In their first English-language collaboration, she’s all chilly evil as the mad scientist on a spaceship full of convicts she’s in charge of experimenting on. But she’s so captivating, it’s no surprise they fall under her spell.

This entry was posted in Best Of, Film and tagged dolemite is my name, high life, hustlers, knives out, long shot, netflix, once upon a time in hollywood, parasite, uncut gems, us, waves. Bookmark the permalink.