This is going to be my first time counting down my list, which had previously been re-caps or an alphabetical list. Choosing the order was particularly tough because, despite my early declaration that 2010 was a terrible year for film–only one or two worthwhile things came out before June, there were still a lot of good movies on the same plane, but still with only one clear winner. So let’s start with some runners-up to my top 10 followed by the countdown.

HONORABLE MENTIONS (in alphabetical order):
The Book of Eli, Catfish, Easy A, The Fighter, How to Train Your Dragon, Let Me In, Never Let Me Go, Shutter Island, The Town, Winter’s Bone 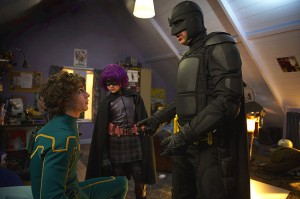 10. Kick-Ass (dir. Aaron Johnson)
You can read into this film all you want–because it does have a lot to say about our instant-fame culture and how we love violence depending at whom it’s directed–but at the end of the day, this is pure escapist fun. It’s 100 percent male fantasy, which is all the more intriguing considering it’s co-written by Jane Goldman. Bolstered by a great performance from Chloe Moretz and a completely self-aware Nic Cage (doing his best Adam West) as the duo of Hit Girl and Big Daddy, this was the best time I had at the movies all year. 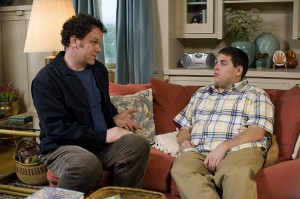 9. Cyrus (dirs. Mark & Jay Duplass)
Mumblecore, like bromantic comedy, is a term I’ve come to despise. But every once in a while, someone gets it right. Thanks to a stellar ensemble cast, the Duplass brothers’ mostly improvised major studio debut gives indie comedy a good name again. It’s wistful and hilarious at the appropriate moments and in the right measure. What could have been disturbing or dull in lesser hands has just the right touch from these guys. 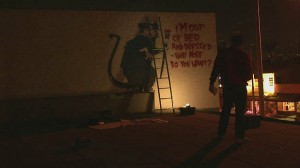 8. Exit Through the Gift Shop (dir. Banksy)
Factual account? Hoax? Who cares? What we have here is a thoroughly entertaining portrait of friendship that turns into rivalry to a combination of mutual admiration and loathing. Hilarious and fascinating, this is a must-see, even for people who hate art and/or documentaries. 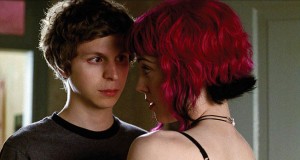 7. Scott Pilgrim vs. the World (dir. Edgar Wright)
There’s a serious difference between pratfalls and real knack for visual comedy. Edgar Wright knows this and took what worked in Shaun of the Dead and Hot Fuzz and added honest romantic depth and more kinetic energy to create his most outlandish and down-to-earth movie yet. Michael Cera gives his best performance to date, but he’s also supported by effortless work from Mary Elizabeth Winstead (as his too-cool love interest) and Kieran Culkin (as his wise gay roommate). It’s a movie that targets gamers but is truly universal. Too bad no one turned out for it. 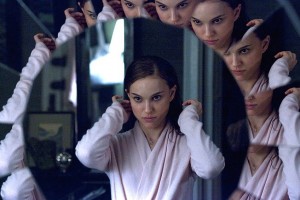 6. Black Swan (dir. Darren Aronofsky)
Horror. Black comedy. Behind-the-scenes drama. Borderline porno. Aronofsky’s latest ambitious-but-flawed film is all of these things and more, but mostly it’s a showcase for a never-better Natalie Portman, who transforms from virginal, sheltered Nina to a more loose, seductive version of herself. Aiding/forcing her in that direction are rival Lily (Mila Kunis) and director Thomas (Vincent Cassel), who may or may not realize what an emotional toll this drastic change is having on Nina’s psyche. The ballet scenes are graceful and exciting and Nina’s fights with her overprotective mother (Barbara Hershey) are tension personified. While the film has several flaws–tonal balance among them–it’s best to just follow Thomas’ command and just let yourself go, because you don’t know what you might find once you do. 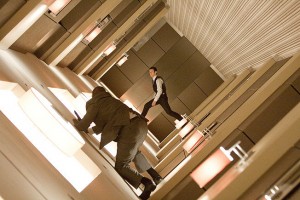 5. Inception (dir. Christopher Nolan)
Christopher Nolan is the blockbuster director we deserve. A thinking man’s action picture, Inception is labyrinthe in its structure and jaw-dropping in its execution. Special credit also needs to be paid to Warner Brothers, which, after letting Nolan make exactly the movie he wanted to with The Dark Knight, gave him free reign and a seemingly endless supply of cash to make his visions come to life here. The effects are mind-blowing as is the point, but the acting goes above and beyond the call of duty for a movie with big explosions. It also leaves you with plenty to ponder after you leave the theater. How many summer movies can make you do that? 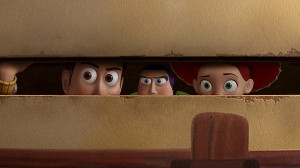 4. Toy Story 3 (dir. Lee Unkrich)
At this point, I’m almost excited Pixar’s next movie is Cars 2. I need a break from being overwhelmed at the climax of each of the last three pictures. This Story is busier than its predecessors, introducing nearly a dozen new characters. But thanks to Michael Arndt’s brilliant script, Toy Story 3 never loses its focus. This is by far the most emotional film Pixar has done, dealing explicitly with themes of abandonment and the dangers of torch-carrying. And while this film puts you through the ringer, it balances depression with manic energy–embodied most by Michael Keaton as ultra-flamboyant Ken. 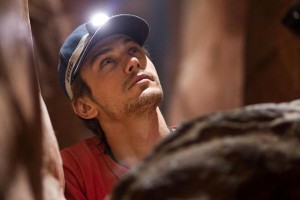 3. 127 Hours (dir. Danny Boyle)
If you’re avoiding this out of fear you’ll pass out or throw up, you need to get over that right now. Even if that does happen, that’s OK. This movie’s worth it. There’s an almost primal connection here. Never before have I left a movie so exhilarated, so thrilled to be alive. That’s all thanks to James Franco’s tour de force as arrogant hiker Aron Ralston. But what really turns this movie from simple survivor story to lasting art is how Oscar-winning duo Simon Beaufoy and Danny Boyle frame Aron’s story: as a time of healing while he’s experiencing the most excruciating pain of his life. 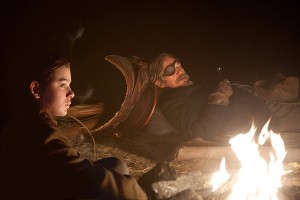 2. True Grit (dirs. Joel & Ethan Coen)
Having now seen every film these brothers have ever made, I think it’s clear: they are the greatest filmmakers living today. With their latest, they’ve taken an iconic film with a larger-than-life starring role and topped it in every way imaginable. Jeff Bridges has a very legitimate shot at winning back-to-back Oscars, taking John Wayne’s shticky performance as Rooster Cogburn and replacing it with genuine weariness. Matt Damon is also terrific–as to be expected–as Texas Ranger LaBoeuf. The rest of the cast is uniformly excellent as well. But the film belongs, as it should, to newcomer Hailee Steinfeld. Her debut is nothing less than extraordinary. 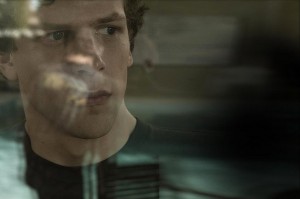 1. The Social Network (dir. David Fincher)
What is there left to say about a movie that’s already been gushed over by every critics organization in the nation? Well, how about this? In crafting a fictionalized but reality-based story about the founding of arguably the most important website of all time, Fincher, screenwriter Aaron Sorkin and the pitch-perfect cast made everything that should have been boring–coding, depositions, financial disputes and even cross-campus walks–enthralling. Cherish films like this. They don’t come along that often.