2010 in Review: The Worst Albums and Songs

THE ABSOLUTE WORST ALBUM OF 2010 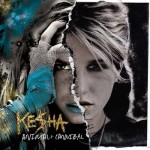 Animal/Cannibal, Ke$ha
Sometimes, train wrecks are fun to watch. But then there’s Ke$ha. Had she just been a one-hit wonder with “Tik Tok,” she could have just been a pop-culture footnote/troubled youth who brushes her teeth with a bottle of Jack Daniels. But she became a full-blown powerhouse/alcoholic/likely STD carrier in 2010 and, like her apparent role model Lindsay Lohan, watching her destroy herself is just sad. But never underestimate the power of stupid girls ages 12-24, who will continue to make her AutoTuned F.U. statements hits for months to come. 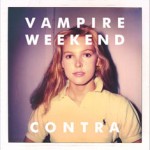 Contra, Vampire Weekend
The Black Eyed Peas. Lil Wayne. Christina Aguilera. All of these artists probably had worse albums this year. But I didn’t subject myself to that torture. Besides, none of those albums hit No. 1 and none were ever considered one of the best of the year. Vampire Weekend’s sophomore effort, however, had pretty much all of 2010 to have undeserved praise heaped on it by just about every publication in the world. Never before have I wanted to so quickly give up on an album than this one. Just 30 seconds into the opening track, frontman Ezra Koenig rhymes “horchata” with “balaclava” and I about picked up my computer and threw it across the room (oh, for the old days, when you could just eject a disc and smash it on the ground). Things don’t get any better from there, with the ubiquitous “Holiday” and the goofy lost-in-an-8-bit-world “I Think Ur a Contra.” Maybe instead of “Giving up the Gun,” they should just give up music altogether. 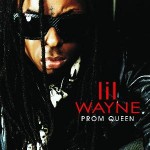 5. “Prom Queen,” Lil Wayne
When you’re suffering from delusions of grandeur, like being the greatest rapper alive, I suppose you can do whatever you want. But an AutoTuned rock star should not be a back-up plan. And when a song’s this bad, it shouldn’t be a first choice either. 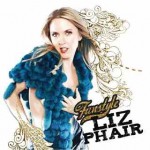 4. “Bollywood,” Liz Phair
Everyone knows (or should know) that I’ve been a steadfast defender of Phair’s for years. I loved her foray into power-pop on her much-maligned 2003 release and I even had a soft spot for Somebody’s Miracle. But trying sound like M.I.A. while bitching about contract negotiations? That I cannot abide. 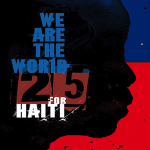 3. “We are the World 25,” Artists for Haiti
Was it possible to make the original worse, to be more terrible than Band Aid 20? Yes, yes it was. This charity track was a disaster of biblical proportions. 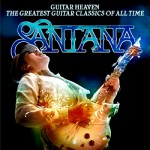 2. “Fortunate Son,” Santana feat. Scott Stapp
As if hearing from Santana wasn’t tired enough, he had to desecrate what should be our new national anthem. It would have been an atrocity with just the guitar solo, since this song needs not flash but conviction. But then he had to pick one of the world’s all-time worst singers to butcher the still-resonant lyrics. Ugh. 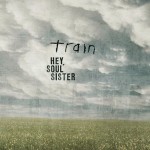 1. “Hey, Soul Sister,” Train
The worst song of the year has to be something unforgivable. Lame rap songs are usually excluded because braggadocio is to be expected. Stupid dance songs get a pass as well because they tend to be all about the beat. That’s why adult contemporary has proven to be such a hot bed for this dubious award. In 2010, you simply could not escape this song. It was everywhere: the radio, the grocery store, even commercials for 3-D TVs. But saddest of all, it was considers the year’s highest-charting rock song. If this is what passes for rock these days, Lenny Kravitz was right.