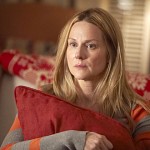 10. The Big C (Showtime)
Despite suffering from a weak mid-season, Showtime’s dramedy never let me give up on it. The show belongs to Laura Linney as the cancer patient–never a victim–who takes time off from her overly responsible life to sow some wild oats and realizes that ultimately, her family needs her to be the caretaker. And now that they appreciate her–and she appreciates her own role–she can more fully live what life she has left. The supporting cast is also phenomenal. 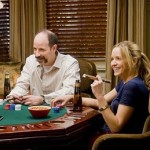 9. My Boys (TBS)
The best thing to ever happen to TBS finally ended its four-season run this year. And while it took a hit with Jim Gaffigan’s absence, the show found new ways to explore the group dynamic with PJ and Bobby’s relationship altering the entire season. But it also managed to balance the silly (mustache-growing contest) with the serious (privileged Bobby loses his money in a Ponzi scheme). Farewell, boys. 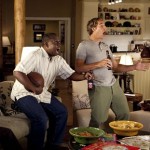 8. Men of a Certain Age (TNT)
Shows starring Ray Romano and Scott Bakula are not supposed to be about nuances. They’re supposed to be about easy laughs and easy thrills. Not so in this show, which gets most of its power from moments of silence between characters. All three actors are at the top of their games even when their characters are at the bottom of their ropes. Watching each one deal with their own set of problems could be a show in and of itself, but like my No. 1 (which we’ll get to in a minute) manages to juggle several storylines and keep you caring about what happens in every single one of them. 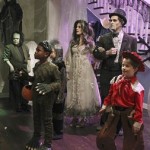 7. Modern Family (ABC)
I wouldn’t call Season Two a meltdown, but its inconsistency is troubling given how perfect Season One was. Still, it’s the best “mainstream” show on TV and its ensemble cast has really stepped it up, particularly the children. Here’s to an improved season 2.5. 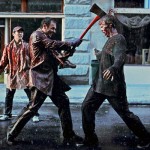 6. The Walking Dead (AMC)
I’ll never understand why so many thought this show suffered as it went on. Sure, that pilot was one of the best of all time, but the show remained consistent. More so than LOST (get your comments ready, fanboys), the Walking Dead caught me up in the group’s intense need for survival. It also revealed how–or simply re-stated since it’s not exactly the most original show on TV–stripped of our basic comforts, we can all turn into savages. 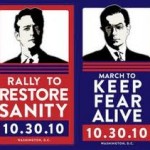 5. The Daily Show/The Colbert Report (Comedy Central)
Capping another terrific year with their rally at the National Mall, the most trusted names in news shot down both opportunistic Republicans and woe-is-me Democrats with more brilliant writing. Season highlights: an interview with GOP Chairman Michael Steele as a Muppet (Stewart) and testifying before Congress about day laborers (Colbert). 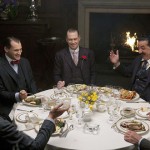 4. Boardwalk Empire (HBO)
Could this show be higher if I had seen more than four episodes? Perhaps, but I doubt it. That’s not a slam at this show; my top three were just that good. But HBO’s most graphic series yet plunges deep into the era of Prohibition and surfaces with a richly human drama about the repercussions of a society of repression and racism and sexism, about how when people are denied their desires they’ll always find new ways–legal or not–of fulfilling them. It also has what might be the best ensemble cast in the history of television. They’re all too good. I can’t single out any one performance. 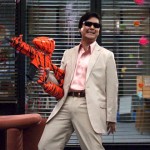 3. Community (NBC)
In its brilliant sophomore season, the little show that could has transformed from a snarky little pop-culture-referencing series into a program that’s howlingly funny one minute and achingly tender the next. It’s nothing short of a revelation. Each character is now someone we care about individually. There have been greater sitcoms, but none that have ever pulled off what’s going on here. 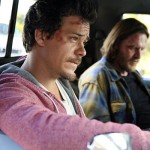 2. Terriers (FX)
I really have to thank FX for making this all possible. When ratings are as bad as Terriers’ was, any other network would have pulled the plug about four episodes in. But at least we got a full season out of it before it was canceled. Despite a confusing title–it’s not a Best in Show-style mockumentary nor does it air on Animal Planet–this was the most captivating show of the season. A detective show that avoids all the trappings of crime procedurals, mainly because its characters never follow procedure. And as much as I hate the term, this was a bromance for the ages. I can’t recall a more realistic male friendship on television. Even then, the show managed to weave in a season-long storyline into each compelling case. The show won’t come back, but its spirit needs to linger. 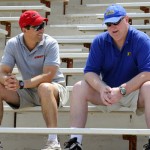 1. Friday Night Lights (NBC)
There’s simply no reason a show with this many characters, after this many seasons, should get even better. Yet that’s exactly what happened here. In its fourth season, the Texas football drama proved its even more heart-wrenching off the field, as residents faced living with no healthcare, coping with death, mending broken hearts and dealing with the consequences of an unplanned pregnancy. There was also football too, which began with a forfeit and ended with an upset over the holier-than-thou Dillon Panthers.